The District Heating, or District Heating in English, is not well known by many of us, but we’ve all seen the typical acclimated films in New York, where in winter we see out a mist of some sewers or exits tunnels beneath the streets. That is a district heating, which means, a system of supply of sanitary hot water and heating (and in some cases also cooling), in which the heat or thermal energy is produced in a plant (such as a large heat factory) and it is distributed by an urban pipe network, in the same way as it is done with the rest of the services that we use in our homes, that is, gas, water, electricity or telecommunications.

What distinguishes this network from the central heating systems of many buildings is that it serves a group of buildings that can be more or less large and its pipes run under the pavement of the streets or of the common areas of the neighborhood. The extension of the network can be small, for a group of houses, medium or large, covering an entire population, complete metropolitan areas, and even large livestock farms.

Origins of the District Heating

The first time a basic district heating system was used was in Roman times, where they were built between the 4th and 2nd centuries BC. their public baths in which they used hot water and air heated in external “boiler rooms”, and the hot water circulated through the open channels until it reached the buildings where it was used as hot springs in the baths. Already in the Middle Ages an urban hot water distribution system was built, built on the basis of hollow wooden logs and carried out in the year 1332, in the town of Valois in Chaudes-Aigües, in France, which is the Oldest system still in operation, being the first district heating network that supplied hot water to 30 homes.

Although the term renewable energy has not yet been coined, this installation is made up of wooden pipes and is based on geothermal energy, taking advantage of the thermal waters that were in the locality, and can be considered the source of several modern technologies for district heating and heating networks. This small Cantal village is located in the Massif Central in the heart of the Auvergne volcanoes and is home to the Par thermal spring, the hottest spring in Europe with temperatures between 80 and 82 ° C. Another great natural advantage of this precursor of the heating network is that the average flow during spring is 17 m3 / h. These characteristics were beneficial both for the development of a district heating system and for the geological nature of the region.

It was not until 1818 that the principle of geothermal energy was used again in the Italian region of Volterra. The technique, known as “Roofed Logoni,” was developed to absorb volcanic mud vapors used to power boric water pumps. The US Naval Academy at Annapolis started district steam heating service in 1853. Although these and many other systems were in operation for centuries, in 1877 the first commercially successful district heating system was introduced in Lockport, New York, by American hydraulic engineer Birdsill Holly, credited with founding modern district heating. The first modern geothermal heating system district was developed in 1930 in Reykjavik.

After the Second World War and mainly due to the expansion of other cheaper sources of energy, mainly those derived from oil, this system was put aside a bit. During this period in Europe, district heating networks continued to be installed, especially in the Nordic countries, mainly due to the shortage of natural gas and electricity. In the 1970s, with the oil crisis, urban heating networks regained their importance, especially in the United States, as well as in northern Europe, Russia, Japan, China and Korea. In this way the development of geothermal energy was stimulated by the two oil crises in the 1970s. Global geothermal production increased from 400 W in 1960 to 9,800 MW in 2007. Today, geothermal energy is a popular source of renewable energy used in places like Geneva and Maisons-Alfort.

Operation of a District Heating system

The District Heating system consists of the following components:

The typologies of the thermal power plant vary depending on the technology used to generate heat (or cold, where appropriate), as well as the energy sources used, that is, fuel. The thermal power plant can run on gas, biomass or other fuels. The thermal plant is usually located in an exclusive construction for its use, like a factory, in which products are not manufactured, but water or another fluid is heated, which will be conducted to residential buildings to be used in heating, for Sanitary Hot Water, such as steam in some businesses such as dry cleaners, ironing, etc. … In this “factory” all the elements and machinery necessary for the generation of heat are located, as well as the pumping groups used to drive the heat-carrying fluid to the different consumption points. Thermal power plants operate automatically, depending on the variation in demand, that is, if the number of homes that turn on their heating increases, it is detected by the control system, based on digital controllers located in the power plant and in each one of the thermal substations of the different buildings.

Once the hot water or steam is generated, it is distributed to the different buildings by means of a network of thermally insulated pipes, which partly avoid heat losses. This heat transport line consists of two pipes, one for the outward flow and the other for the return. In the case of Centralized Heating and Cooling networks (also called District Heating & Cooling), these transmission lines consist of four pipes. In new urban constructions, the District Heating system It reduces the cost of executing the work, since the hot water distribution network replaces the gas distribution network and takes advantage of the trenches in the water supply network. The thermally insulated pipe is made up of a carrier tube made of carbon steel, a polyurethane thermal insulation and a polyethylene outer casing that protects it from corrosion. This conduction system has a series of advantages compared to pipes isolated on site by the traditional method:

Assembly is streamlined and labor is reduced.

There is a wide range of dimensions and accessories for pipes, there is also rigid and flexible pipe.

Easy detection of leaks in the network, with an accuracy of 1 meter.

From a point near the building, the aforementioned building is connected to the distribution network, connecting to the network in parallel, so that all buildings have the same supply conditions, that is, no quality or heat is lost due to being more near the heat “factory” (thermal power plant). Once said connection is in the building, a thermal transmission substation is located, formed by a heat exchange system, without fluid or pressure exchange, through which heat is transferred to the terminal elements for the heating service and domestic hot water for homes. These substations of each building allow the combination with other sources of heat to contribute to heating and sanitary hot water, such as the installation of solar thermal energy in the building.

The installation is equipped with individual consumption measurement and control systems, which offers three important advantages:

Automatic regulation: by operating in an automated way, it is user consumption that, by increasing or decreasing consumption, regulates the operation of the thermal power plant. Like a thermostatic control used in many showers, the regulator keeps the temperature in the network constant.

Individual control: with a conventional thermostatic programmer in each home, the user can establish the comfort conditions in their home.

Stalwart International – One of the best Ribbon blender mixer manufacturer in Ankleshwar. 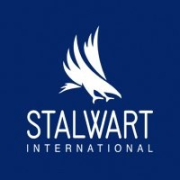 Genius Crafting Tips to Renovate The Way You Make Handicrafts

Web designing tips that make the job simpler for the designers